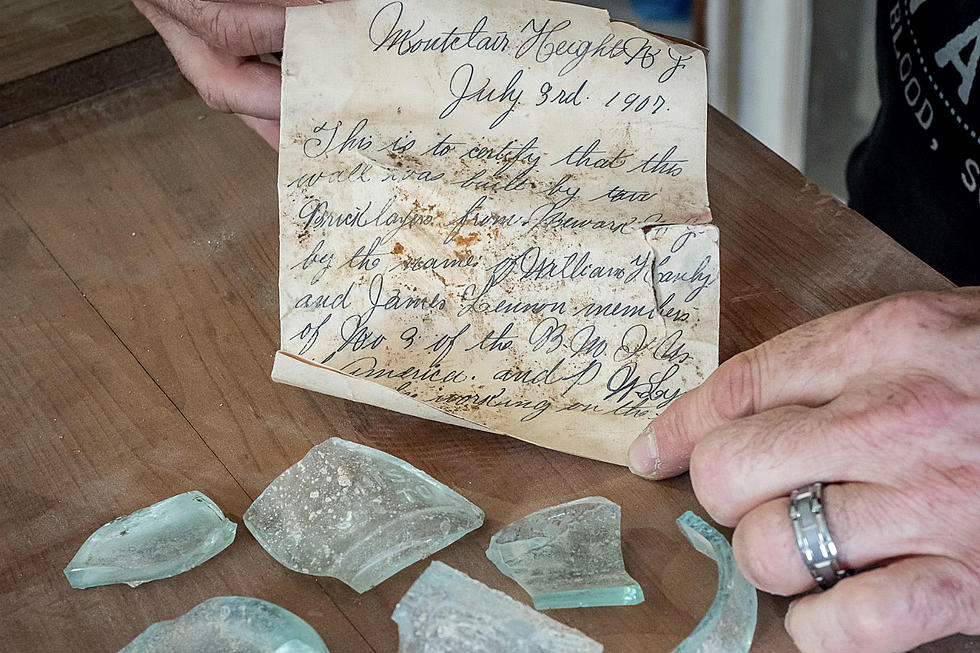 "This is to certify that this wall was built by two bricklayers from Newark, N.J. by the names of William Hanley and James Lennon, members of No. 3. of the B.M.I.U. of America.

"I couldn't believe it," said Kanaby. The two workers created a secret compartment between the first and third layers of brick and placed a note in a beer bottle that allowed them to, as Kanaby said in a recent interview, "take ownership of a job done well by writing their names, what they did, and where they were from." What they built as Union Masons 112 years ago, Kanaby and his fellow Laborers were now altering to make way for additional office and dining space.

Kanaby loves to talk about his union and his work. He enthusiastically rattles off all the training he has taken, describes with pride the camaraderie he feels with his fellow Laborers, and admits he may be annoying his wife Anna, daughter Bobbi Ann, and son RJ, by always pointing out projects he worked on.

The story of his historical find has been featured on NJ.com, CNN, the New York Post, and dozens of other news outlets. Kanaby is enjoying the moment as well as the work he is now performing at the American Dream Meadowlands which, once completed, will be one of the world's largest retail and entertainment complexes.

Will he be leaving any messages of his own?

"You never know," laughed Kanaby. "Now that I am working retail construction, hiding a note behind sheetrock might not have the same effect."

He did point out that the original message writers, the brick masons from Newark, would be surprised at construction today.  "All of the technology and changes… with lulls and forklifts it is certainly less physical, but it is still as satisfying a career as it was back then, I imagine."