Women’s History Month has its earliest origins in the celebration of International Women’s Day, which was itself a focal point for the women’s rights movement of the 1900s. By the mid-1970s, celebrations had expanded to a week-long observance of women’s achievements in many parts of the country.

In the spirit of honoring Women’s History, we wanted to shine the spotlight on four female activists whose contributions help shape the labor movement into what it is today. Our current successes are built on the shoulders of these extraordinary women. 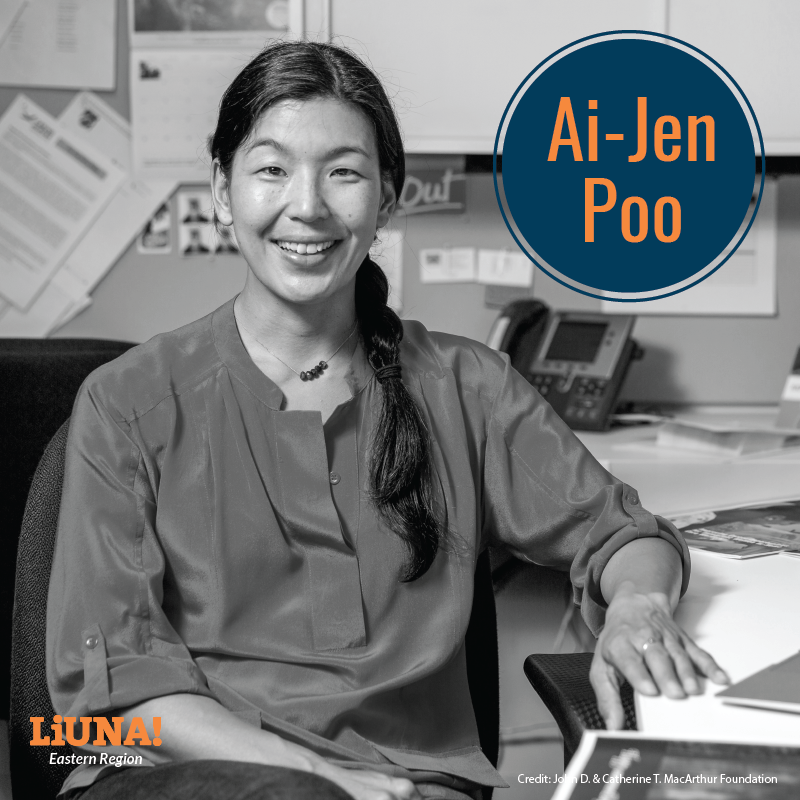 Once thought to be an impossible industry to organize, Poo proved otherwise, founding the National Domestic Workers Alliance (NDWA) in 2010. Now, 20,000 member-strong and growing, Poo fights to give domestic workers the same lawful rights as any other employee. This includes: fair wages; vacation time; and overtime pay. The NDWA also offers training and other support to its members and has even organized a campaign to combat the human trafficking of domestic workers. Given the often-isolated environment of domestic work, Poo has helped provide workers the community they frequently lacked and sorely needed. Together, these workers are raising awareness, offering hope, and reminding people that all workers deserve a just working environment.

Poo’s numerous accolades include recognition as a 2014 MacArthur Foundation “genius” fellow, a 2013 World Economic Forum Young Global Leader, and being named to TIME magazine’s list of the 100 Most Influential People in the World; Newsweek’s 150 Fearless Women list; and Fortune.com’s World’s 50 Greatest Leaders. 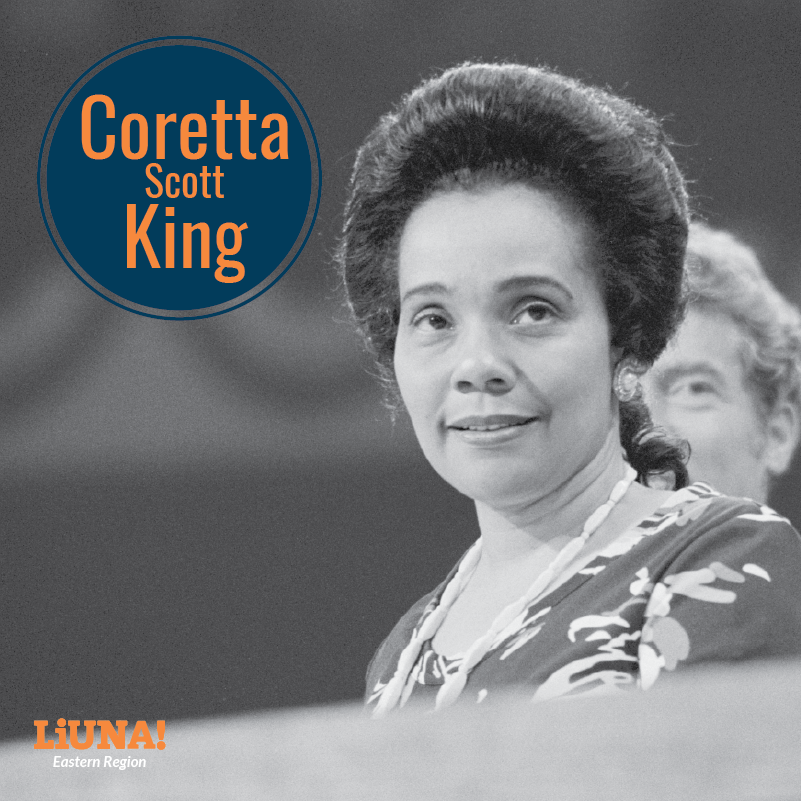 To merely associate Coretta Scott King with her husband, Dr. Martin Luther King, Jr,. is to ignore the hard work and accomplishments of Scott King over her many decades of activism.  As she described back in 1976, “I am not a ceremonial symbol – I am an activist. I didn’t just emerge after Martin died – I was always there and involved.”

That involvement, in many ways, was shaped by the hardships and injustice she faced.  As a child during the Great Depression, she picked cotton to pay for her education. Though her family was of modest means, it didn’t stop white supremacists from burning down her childhood home.  Scott King was an instrumental part of the Poor People’s Campaign and used her influence to organize protests and apply pressure on those with power, pushing for change, especially as it relates to economic justice.

As co-founder of the National Committee for Full Employment/Full Employment Action Council (NCFE/FEAC), part of her activism was based on leading the legislative fight to guarantee jobs for all Americans. Just four days after her husband’s murder on April 4, 1968, Scott King returned to Memphis to support the city’s striking sanitation workers. She reminded the 50,000 marchers in attendance about the journey already traveled, from desegregation to voting rights, and the building of political power. She then spoke of journey ahead, stating: “And now we are at the point where we must have economic power.” 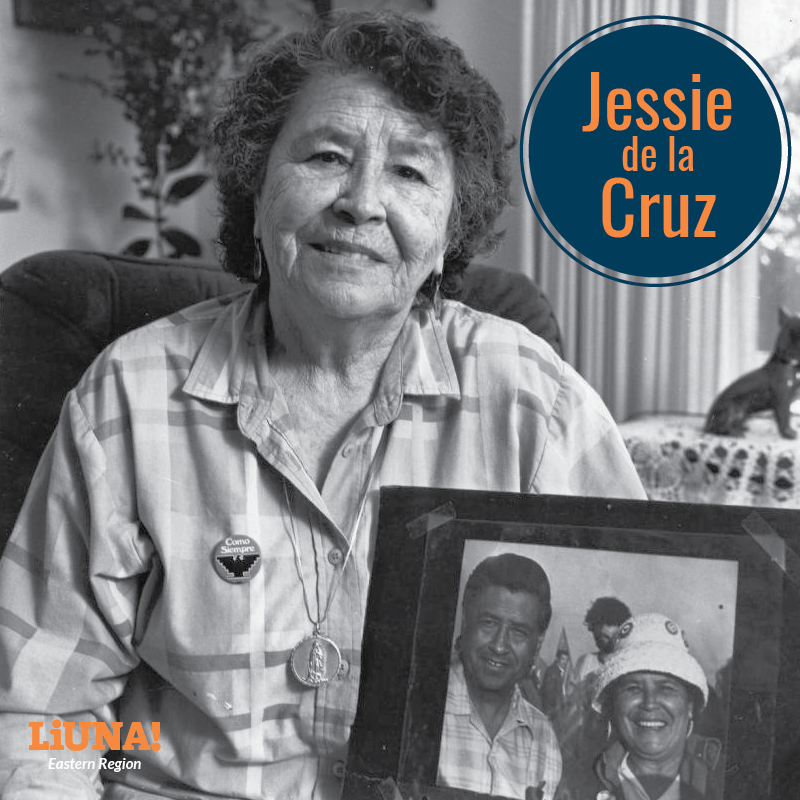 Jessie de la Cruz became a farmworker before most other kids even started school. At just five years old, she labored in the Southern Californian fields, pruning vines and picking fruits and vegetables. She witnessed firsthand the harsh conditions and mistreatment of the largely immigrant fieldworkers, which led her to join the United Farm Workers (UFW) Union in 1965 and, at Cesar Chavez’s request, to become its first woman recruiter.

Given the cultural limitations imposed on women, de la Cruz confessed that labor organizing wasn’t always easy for her. Yet over four decades, she succeeded in helping expand the movement and raise standards for farmworkers.  In 1968, de la Cruz ran the first UFW hiring hall, which was conveniently built next to her home. In addition to collecting dues, dispatching workers, and organizing union actions, the bilingual de la Cruz helped translate documents and assisted Spanish-speaking members with appointments and filling out legal documents. She eventually taught English to members, giving them the tools to help themselves.  Never one to rest, de la Cruz continued to speak for working people and the poor until her death in 2013, at the age of 93. 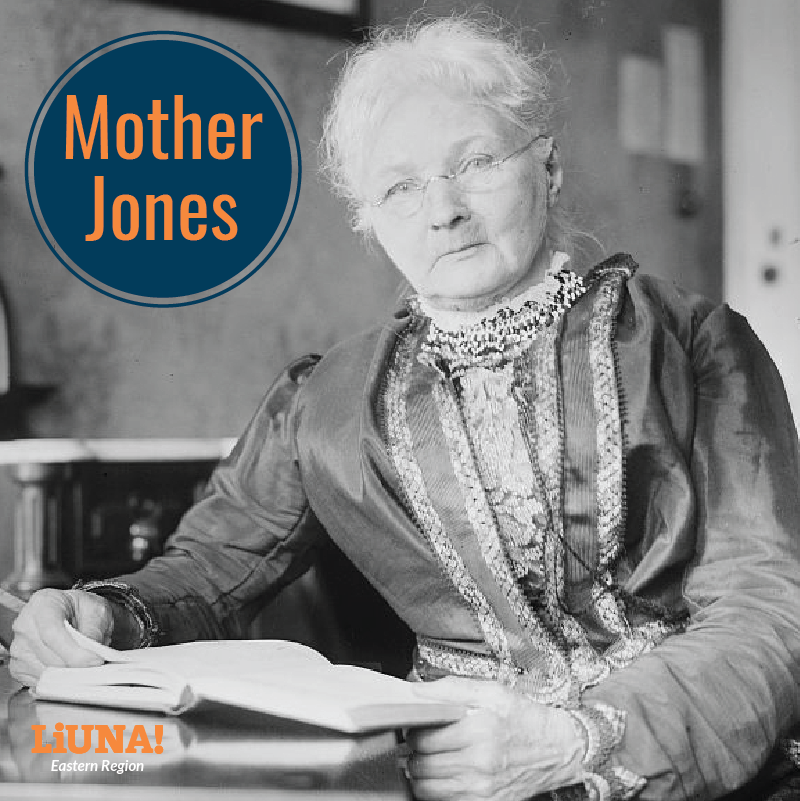 Hers is a name known to most Unionists, but her many contributions in support of working people may be less well known.

Mary Harris "Mother" Jones was born in Ireland, emigrated to Canada during the Great Famine, moved to Memphis to start a family, lost her husband and four children to disease, moved to Chicago to start a dressmaking business, and lost her home, shop and possessions in the Great Chicago Fire of 1871.

During the rebuilding of the city after the fire, Jones joined the Knights of Labor (KOL), and following the collapse of the KOL after the events of the Haymarket Riot of 1886, she joined the United Mine Workers (UMW), rising to prominence as a fiery orator and fearless organizer during the first two decades of the 20th century.

So how did Jones get her nickname? In June 1897, after addressing the railway union convention, rank and file members began calling her “mother.” Jones leaned into the nickname, claiming she was older than she was, wearing outdated black dresses and referring to the male union members as “her boys.”

In the decades that followed, Jones was described as the Mother to Millions of Working Men and Women. She traveled the country in support of workers, giving speeches, coordinating actions, and organizing workers. Be it textiles, mining, manufacturing, or steelwork, Mother Jones was on the front lines. She led strikes, battled corporate interests, and was banned from more towns than any other union organizer of her time. When she was denounced on the floor of the US Senate as “the grandmother of all agitators,” she smiled and replied “I hope to live long enough to be the great-grandmother of all agitators.”

One particular action of note: to attract attention to the cause of abolishing child labor, in 1903, she led a children’s march of 100 children from the textile mills of Philadelphia to New York City “to show the New York millionaires our grievances.” A staggering one in every six children between the ages of five and ten were engaged in "gainful occupations" in the United States at that time.